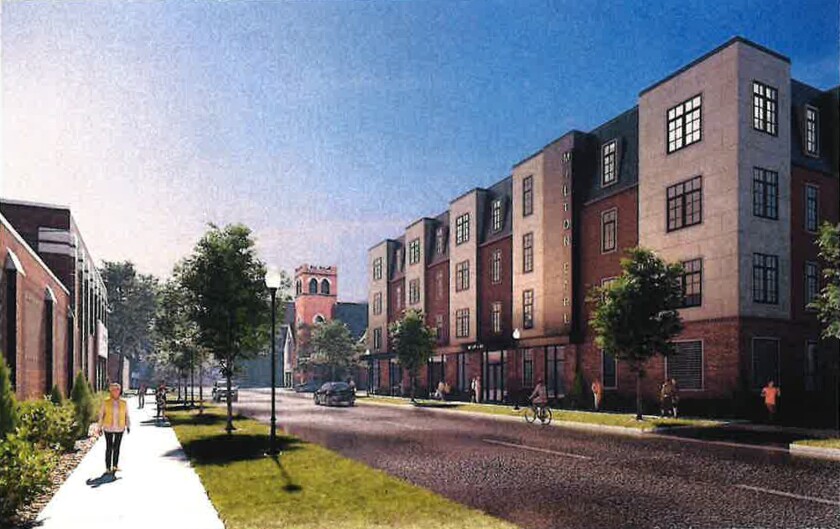 FARGO — A housing project for low-income seniors in south Fargo is on hold, while federal funding set aside for it could soon be redirected to another senior housing project planned just west of downtown.

Beyond Shelter had planned to build 88 units of senior housing as part of a development by Grove Enclave at the site of a former Kmart store at 2301 S. University Drive.

However, the Fargo City Commission was told Monday, June 27, that issues were found in an environmental review that would have delayed getting federal funding, making the project unworkable as proposed.

Tia Braseth, the city’s community development planning coordinator, told the commission that $300,000 set aside for the southside Plaza I and II apartments can be shunted to the Milton Earl Apartments — another Beyond Shelter project — at 4th Avenue and 7th Street North. Another $500,000 will be allocated to other projects, she said.

The Milton Earl Apartments will provide 42 units of affordable senior housing just west of the Sanctuary Events Center. A home on that site has been removed.

Public comment will be taken on the funding move until July 8, she said. The commission will be asked to vote on the issue July 11.

Beyond Shelter CEO Dan Madler said Monday that the non-profit “has to go back and basically develop a Plan B” for its portion of the Kmart site.

“We’re still going to produce affordable senior units. It’s just going to look different. The project will be different and scaled back,” he said.

Madler said fixing the issues to get federal funding would have meant doing an “all stop” on work throughout the Kmart site, including the commercial plans.

“Right now, our current plan is to break it up into small chunks. Right now, we’re working on putting a small project on the north end of the site that would basically be 39 units of affordable senior housing,” Madler said. The organization still hopes to break ground in October.

The remaining land on the Kmart site could be used for further housing, Madler told the commission. If funding can’t be found, Beyond Shelter may request the land be rezoned to allow offices or retail.

Construction on the Milton Earl Apartments was delayed from fall 2021, but financing is nearly finalized, Madler said..

“It’s just been really challenging lately to get everything to come together because there’s so many moving parts. A lot of it is pandemic-related: inflation, interest rates, higher cost of materials, transportation costs, the prices of gas” has created financing gaps, he said.

“That $300,000 (from the south Fargo project) will allow us to move forward” with the northside Milton Earl Apartments, Madler said.

A tax increment financing plan for the South University Kmart redevelopment was approved in December 2021.

Grove Enclave asked that the development agreement, which included $1.4 million in TIF funding to demolish the Kmart and clean up and improve the site, be revised so that it can start building its 30,000-square-foot Midtown Market.

The market, announced in April, will have space for up to 16 tenants. A Burger King restaurant on the site will remain, and four more 40,000-square-foot commercial pad sites will be available along University Drive.

Jim Gilmour, the city’s director of strategic planning and research, said Grove Enclave won’t receive the TIF funds if the project isn’t completed. But the agreement would no longer be dependent on the low-income housing being built.