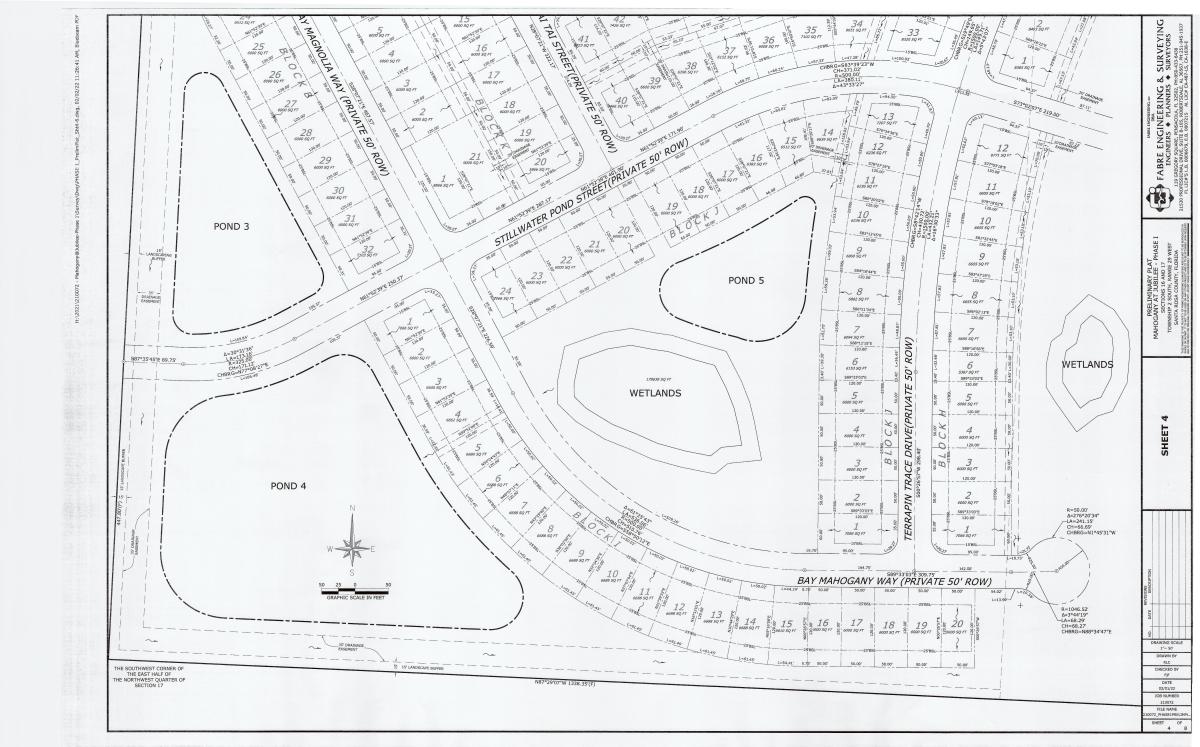 After Santa Rosa County received its first preliminary housing plat for the Jubilee project earlier this year, new plans out of the project could also turn the planned community into a community development district.

A CDD is an insular, special-purpose structure that provides a way to manage and finance infrastructure required to support the development of a community.

According to Florida statute, this would give the community area special localized power over water management, sewer and wastewater management, bridges, roads, public transportation mechanisms, conservation areas, recreational parks and school buildings, among other items.

“They filed the petition to establish a community development district, which in simple terms is a large MSBU (Municipal Services Benefit Unit), which would be self-contained and all the assessments would be on the property owners within the development,” said County Attorney Thomas Dannheisser. “After a certain period of time, the owners become the governing board of that entity.”

Quality of life: What the data says about Santa Rosa’s best qualities — and what could improve | CivicCon

The long-stagnant Jubilee development in Pace has been moving forward since the start of this year and has caused concerns for neighbors worried the project may disrupt their rural lifestyle.

Santa Rosa County Commissioners are planning to schedule a public hearing on establishing the project’s CDD, but several members of the public voiced their concern to the commission Monday morning over the nature of the project for reasons varying from the belief that it would not match the surrounding area to worries over the current infrastructure’s ability to handle the increased capacity.

First plat submitted to county: Massive Jubilee project in Pace has residents worried their rural lifestyle is in jeopardy

“The CDD states that there’ll be 250 acres (which) will be a commercial space. (Doesn’t) this conflict with their (agriculture) zoning?” nearby resident to the project Ryan Fowler asked of the commissioners.

A preliminary plat for the first phase of the Jubilee Project made its way to the county’s hands in February. The phase’s plan includes about 260 homes on 260 acres.

That plat is just one segment of the 2,700 acres included in the entire Jubilee project, which sits between Willard Norris and Luther Fowler roads.

According to the project’s master plan, it includes 12 different neighborhoods, a fitness center, an assortment of shops and eateries and educational facilities.

“Face it, this development is not the norm. This development is far above anything normal out there. And quite frankly, it’s not a simple subdivision,” said local resident Daniel Flynn. “And because of that, it should have more than just one or two public hearings in front of the zoning board, or in front of the County Commission, in which the citizens try to argue about conceptual plans that have already been developed without any input whatsoever.”

Ron Reeser is the founder of Bald Eagle Partners, the agency spearheading the project. He said he understands the concerns from the community and added he plans to hold public town halls to garner more community discussion as the project moves forward.

“But what we do in those meetings, is we contrast what smart growth is versus common subdivision growth,” Reeser said. “Smart growth takes into consideration drainage and traffic; all the issues that are ills in society today. Common subdivisions just lay out lots and create all the problems.”

Plans for Jubilee began taking shape in the mid to late 2000s but were derailed by the tumultuous times of the Great Recession. Then plans popped up in about 2016 to potentially donate the land to the county but never came to fruition.

The county’s Planning and Zoning Department and the Engineering Department have spent time reviewing the preliminary plat. Clearing the land and setting infrastructure can only take place once the construction plans are approved by the engineering department.

Even as the project moves forward, some residents have said they reject the project outright.

“You don’t have the infrastructure. You bent over backwards changing the rules to allow this. It doesn’t meet the character of the area,” said Milton resident Jerry Couey. “I mean, I could go on and on and on.”

Ultimately, County Commission Chairman Bob Cole said he enjoyed the concept of the town halls and establishing a forum of open discussion, saying that those allow for better discussion.

“We get together and we work it out. The community may bring things to the Jubilee group that they hadn’t thought of, ‘Hey, that’s a good idea. Why don’t we do it that way?'” Cole said. “Or the Jubilee group may squash some of the rumors that are out there that people are putting out and or didn’t understand.”