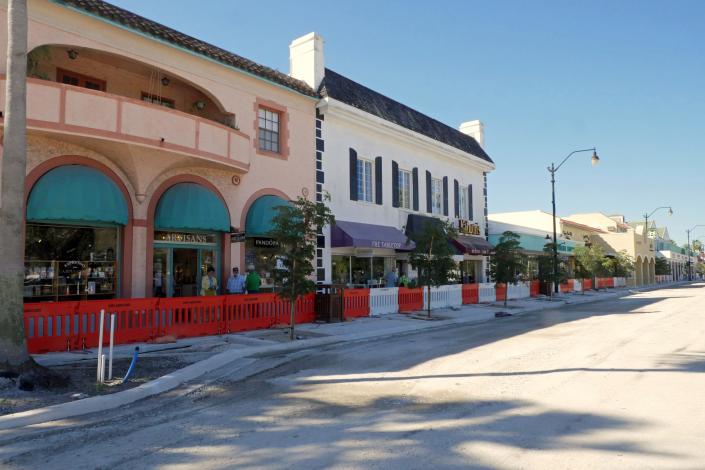 VENICE – More than four years ago, in February 2018, the Venice planning department and consultant Kimley-Horn started an ambitious rewrite of the city’s land development rules for the first time since the 1970s.

It was supposed to take about two years.

Unlike the 2017 rewrite of the long-range growth plan, which featured numerous public meetings that the consultant used to shape the plan, public input on the more technical development regulations was supposed to come later.

While the public was welcome to weigh in on aspects of the document at regular meetings of the Venice Planning Commission and via email, most of the recent comments have come during a joint meeting with the City Council in February, and a council discussion on May 24. That meeting underscored a growing rift between Mayor Ron Feinsod and the six other council members over both the direction of the rewrite and the overall process.

Displeased with the level of public comment, Feinsod approached City Manager Ed Lavallee about scheduling a public workshop at 5 p.m. Monday in Venice City Hall, 401 W. Venice Ave., for people to express their desires on how the city should grow.

The three biggest flash points revolve around height, history, and the volume of commercial buildings in a planned unit development.

The first two issues relate directly to the city of Venice designed by iconic planner John Nolen back in the 1920s, while the third is literally a more recent development, growing out of the possibility of a supermarket being located at the intersection of Jacaranda Boulevard and Laurel Road.

Multiple versions of the proposed rules can be found online at https://bit.ly/3NkF6bl. While the workshop can be viewed through Granicus at https://www.venicegov.com it can also be viewed on Zoom. The meeting ID is 853 7474 9333.

Here are a few things you need to know about the land development regulations.

Today, buildings within downtown Venice – defined as along Tampa, Venice and Miami avenues west from U.S. 41 Business to Harbor Drive – can be 35 feet tall by right, but an owner can apply for an additional 10 feet by conditional use, though under the proposed regulations “conditional use” will be referred to as ‘height exception.”

Cupolas, spires, belfries and mechanical equipment enclosures for elevators and stairwells have always been exempt from that 35-foot restriction with no limit to their ultimate height, Clark noted.

Currently though, the 35 feet is measured to the top of the roof – excluding the exempt add-ons – while in the proposed code, that would be measured to the highest point of a flat roof, the deck of a mansard roof or the midpoint of  a gable, hip or gambrel roof. Clark noted that once heights were measured to the midline – but that changed in the mid-2000s.

The proposed code also allows for up to 20% of additional building height for architectural features, such as cupolas, chimneys and spires – but is meant as a limit to those proposed features. Mathematically that could allow for a building as tall as 54 feet within the downtown core – but only if the height exception is approved by the City Council.

If a building owner wanted to include a rooftop bar or restaurant in a new structure, that is considered habitable space, Clark noted, limiting the brick-and–mortar structure to 25 feet tall.

Residents have been most vocal about preserving that absolute 35-foot building height, including a petition drive supporting that stance.

Mid-Century is too modern to be considered historic

While there is a groundswell of appreciation of homes designed by members of the Sarasota School of Architecture building among city residents, the section of the development regulations dealing with historic and architectural preservation concentrate solely on the Mediterranean Revival style established in 1925.

In May, a two-bedroom, two-bath home built by developer Orbry Crowley in the Gulf View section of Venice became the first 1940s era home to be placed on the city’s list of Historical Resources.

Preservation of 1925-era homes east of the Intracoastal Waterway – specifically in the Edgewood District, which, ironically, is already on the National Register of Historic Places  – isn’t aggressively dealt with in the regulations either.

The Historic Preservation Board, which supports a local Edgewood Historic District, is itself on an endangered list, as the proposed land development regulations call for a merger of that board with the architectural review board.

A proposal by developer Pat Neal of Neal Communities to use land at the southwest corner of Jacaranda Boulevard and Laurel road had been floated as far back as 2017 but things got serious after Neal hosted a Jan. 6 neighborhood workshop at the Venetian Golf & River Club showcasing plans for a  47,240-square-foot supermarket and another 16,000 square feet of stores and a casual, eat-in restaurant.

Neal has yet to submit those plans to the city of Venice and, while Publix has been widely associated with the shopping center – including by Neal at that January meeting – no contracts have been signed to build any store there.

The prospect of such restrictions prompted Neal to say at the May 24 meeting that his company would file an old site plan – which also included a gas station – with the city as soon as May 31, to preserve his vested rights.

Neal said that the plan may be filed June 7 around that date.

Meanwhile the restriction on the largest building in a planned unit development shopping center hovers closer to 65,000 square feet, with permission given case by case.

Clark said that Neal and his associates must file both an application to amend the planned unit development and a site plan, for the process to start.

Feinsod dislikes the current process and a few key players, too

Feinsod didn’t wait until Monday’s workshop to voice his distaste for the whole process, using his personal Facebook on May 27 to make critical posts online – at least one of which made its way to the Venice FL Historic Homes groups.

“City of Venice residents are being misled and lied to about the LDR’s,” he wrote in a post that went on to take liberties with the mathematical calculations for height restrictions, suggesting that a 60-foot tall building could be constructed – with approval of the City Council – in the downtown core.

He questioned the actions of Venice Planning Commission Chairman Barry Snyder and in another post took a potshot at his six fellow council members for allowing attorney Jeff Boone 20 minutes to address the council May 24, even though City Attorney Kelly Fernandez said the rules allowed for only five minutes.

In a Facebook post, Feinsod wrote, “The ‘group of 6’ that control our council need to hear from the public loudly and often.”

Boone contended that since he represented several residents and/or property owners who were not present, he needed more time to voice their concerns.

“They had the right to override my ruling but Jeff Boone was not entitled to 20 minutes of time,” Feinsod said Thursday.

The online exchanges prompted debate about whether invovement by more than one council member constituted a violation of open government laws.

Feinsod said he is concerned that the council is on a schedule to approve the final draft of the land development regulations at its July 12 meeting – one that he cannot make because of a previous commitment – and while winter residents are gone.

“It took them three years to write these and now they want them passed in six weeks, without public input,” Feinsod said. “I want this whole thing to be slow-tracked so in September and October we can have public workshops when people are back.”